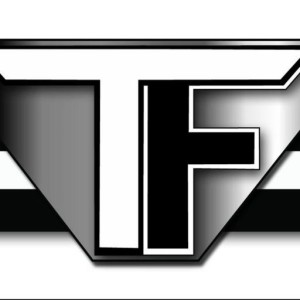 There’s been a term floating around the modern world of fitness and nutrition that isn’t explained quite well and many people take it to be just another word for diet. The phrase in question is “lifestyle change” and while there’s a part of it that addresses changes in the way you eat it’s more of a group of changes you should make to have a healthier life.

It’s often used in the fitness industry and it’s quite catchy since many people get hooked by it when it’s slapped on different fitness products online such as nutrition plans and workout routines. While a small percentage of people understand the meaning of this and what it represents the majority are convinced that it’s essentially a different word for going on a diet. This is why we decided to tackle this issue and explain the difference between the two so there’s no further confusion and you can decide which one you want to take on to begin your fitness journey.

Let’s first take a look at them separately before comparing them to each other.

Many of us have tried dieting to get to a particular goal. Most people decide to go on a diet because they need to lose weight for some occasions. Usually, it’s some important event like a prom or a wedding but sometimes it’s for the summer season where everyone is taking off somewhere to be in their bathing suits and they want to look as good as possible in them.

Diets are classified as short term solutions and while effective, they are very hard on the body and cause stress. When you’re on a strict diet for weight-loss you will lose weight quickly but the entire process will be very hard because you’ll constantly feel hungry and you will get mood swings. It’s a big shock on the system that not many people can handle because you suddenly change a lot of your daily calorie intake. It’s similar to being a passionate smoker for a long time and suddenly you aren’t allowed to get even one cigarette.

When you’re on a diet the calories you are allowed to take are low and if you compare them to the amount you consumed previously you’ll understand why you’re feeling hungry all the time. Diets aren’t bad but most of them aren’t sustainable for a longer period of time. The best thing you can do if you’re willing to go on a diet is finding a personal trainer nutrition guide that will put together the best diet plan for gym beginners which will get you quick results in a time frame of 1-3 months. After you’ve reached your goal or you’ve seen results you’ll have to adjust your diet plan so you can maintain the healthy weight you achieved, otherwise there is a chance that you keep losing weight to the point where it’s no longer healthy.

Lifestyle changes are changes in behavior that you can follow as long as you’re alive. These would consist of:

The difference lies in the amount of time and the stress you put on your body. While strict dieting can get you results much faster it’s much harsher on your body and it’s hard to maintain it for longer periods because it may cause you to drop to unhealthy weight or cause other health-related problems in your body if you keep it up for longer periods. Strict dieting is meant to be up to 3 months and some diet plans that aren’t too strict can be maintained for longer without having negative effects.

Lifestyle change is a more sustainable solution that you can keep up with your entire life and won’t have negative impacts on your body in any way. It takes much longer to lose weight and it’s not a fast fix in any way. It takes determination and a lot of effort without seeing fast results which can be frustrating but ultimately it pays off because it’s more of a permanent solution to many health-related issues. Once you adapt your body and build healthy habits through time it will become effortless for you to maintain the balance and you won’t have to force yourself not to eat a lot of junk food. It will simply become a habit and you won’t have the same cravings as before.